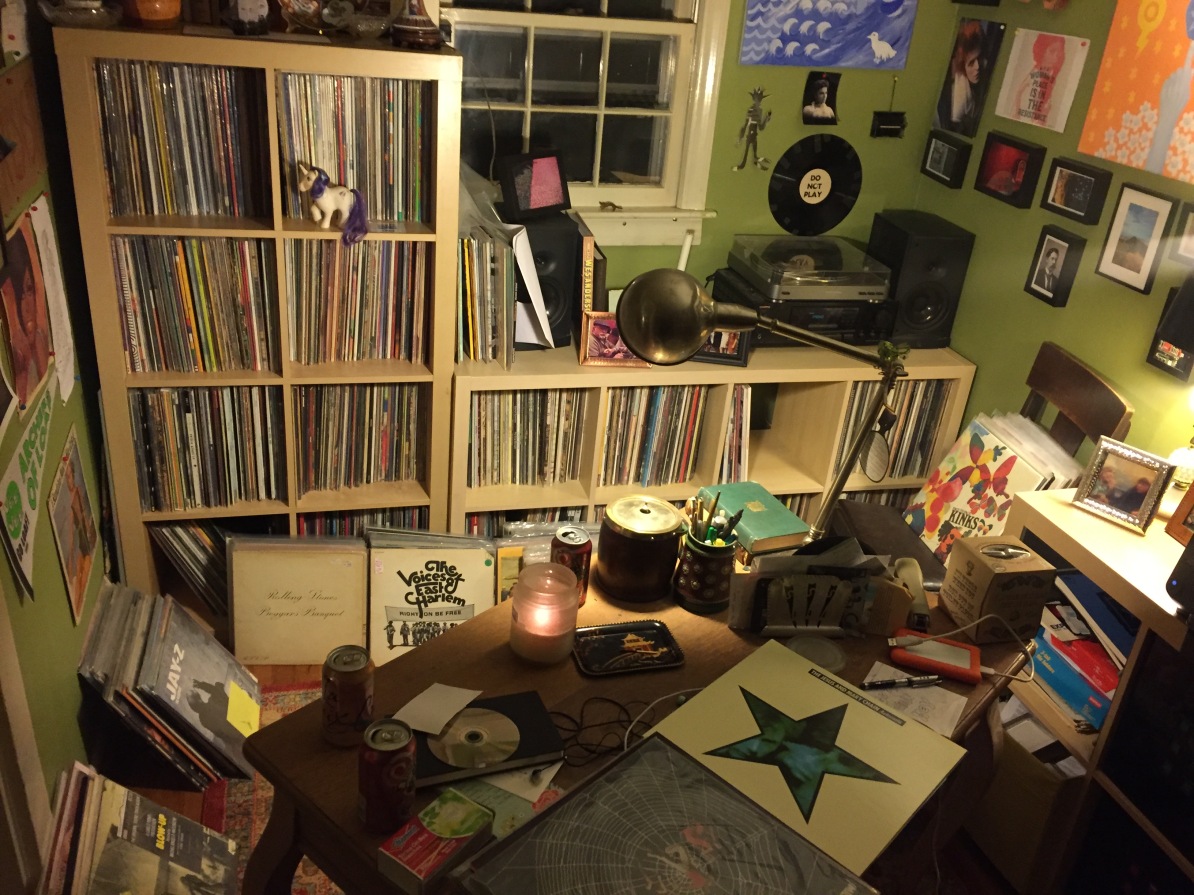 Sometime back in the halcyon days of 2000, before George W Bush and 9/11 and Katrina, before the War on Terror and Social Media and Sarah Palin, before Brexit and Trump and Taylor Swift,* back when not only Prince and David Bowie were still alive, but also Joe Strummer and MCA and Johnny Cash and album sales, back in the day  before “Back in the Day (feat. Jay-Z),” I remember discussing the upcoming presidential election with a musically-minded friend of mine. I was planning to vote for Gore. My friend was undecided, bordering on indifferent. He found all the candidates dull and uninspiring. He thought Gore was a tool of the Establishment who would usher in nothing more than the same old Status Quo. He found Bush loathsome, but unlikely to win. But even if he did, “I mean, there are some benefits, right? Like music always gets better when people get angry. And Bush will make people angry.”

I spent the couple years of the Bush Administration writing record reviews and the next six working in a record store. I’m here to tell you my friend’s sound of the revolution, if it came, went largely unheard. There was a lot of post-punk revival and dance-punk and manic pixie dream indie rock and backpack hip-hop and major label garage rock and Nelly and Eminem and “The Black Album.”  Some bands were putting out explicitly political records. But either the bands were too obscure or too old or they were too Green Day, and they failed to coalesce into the kind of wide-spread “protest music” wave the Baby Boomers have literally never shut up about since they first heard Dylan back in ’64 and it changed their life.

And that brings us to now.

So, like, 2017 nearly broke me. Some of you will take a long, pitying look at the playlist attached here and think, “Yeah, right. Nearly? That’s cute. You. Are. Totally. Broken.”  It was certainly a year when I’ve listened to less new music than I have in years past. It was definitely a year in which I’ve sort of avoided whole genres—genres I’ve traditionally liked– because I didn’t think I just could handle being yelled  by angry white dudes on my own time.  Whenever anyone has asked me, I’ve told them I’ve been listening to Smooth Jams. And I don’t think people have realized that I was being 100% totally serious. I’ve also listened to a lot of hip-hop. A fair amount of straight-up pop music. And really just a whole, whole lot of women.

There’s a lag-time in making art that’s explicitly topical. In last week’s book list, I remarked on it (for novels, it’s about 4-5 years, which accounts for the staggering number of 9/11 books that all seemed to come out at exactly the same time). In music, the turnaround is usually a little faster, which means there could be some critical mass of Trump records next year or the year after. Maybe that’s okay. I’m not sure I could have handled the full-throated Sound of the Resistance during the first half of the year, back when I was still showing up stunned at protests and trying to suss out how scary (pretty darn scary) things were going to get and how fast (kinda speedy) they were going to get there, but by the middle of the summer I was kind of hoping for something for more than what I was getting.

And yeah, that’s not really fair. I’m pretty sure a lot of artists out there were as gob-smacked, and indeed, broken by recent events as I’ve been. I will say that 2017 has had a lot of beautiful,  fragile, heartbreaking music. Maybe that, in itself, is a kind of protest, an aria in the face of a roar. But lord, if there were ever a year I needed beautiful to be furious and not just sad. I needed the voices from the darkness to come calling out with poison on their tongues and an eye to tomorrow instead of a poetic sigh and a litany of regrets.

I listened to that Thundercat record for about six weeks straight in the spring (I wasn’t lying about it). I finally figured out what you guys were all on about with Waxahatchee and Big Thief. I finally gave up trying to figure out why everyone loves War on Drugs so much. Slowdive, is, if anything better than I remember. It’s the sort of year where telling you I liked most of the Lana Del Rey record doesn’t sound like a guilty pleasure admission, but telling you that I really liked one track on the Spoon record does. And did you listen to that SZA record? It’s great. And all that weird, jazzy broken up soul—Ibeyi, Nai Palm, Jhene Aiko, Moses Summey. There were some great singer-songwriter albums (the musical equivalent of Coming of Age novels for me—like, I always approach with a lot of trepidation), Aimee Mann, Laura Marling, Joan Shelley. Also enough peppy, 90s-aping, girly pop punk (Charly Bliss, The Courtneys, Alex Lahey, et al) to make me go searching for all of my old Fastbacks records (Millennials: have you heard this?). It’s becoming increasingly clear that I’m just going to be on board with whatever musical situation Sabrina Ellis is involved in (A Giant Dog, Sweet Spirit), so there’s that.  And you know, I’m still buying every Thee Oh Sees record that comes out, no matter how they spell the band name. That Priests record was marvelously terse, right? And the Mount Eerie record is maybe the most perfect grief album I’ve ever heard, and so utterly, wonderfully devastating. Oh, and I slid a couple of full-on pop song earworms on this list, for which I will make no apology.

I didn’t include “Despacito.”

I will conclude with this:

The Spotify year-end analysis widget told me that the song I’d listened to most this year was none of the above, but, in fact, Carly Rae Jepsen’s “Cut to The Feeling,” a song so bright, cheery, and relentlessly upbeat that probably caused tooth decay and heart attacks in broad sectors of the population. Now, I mostly listen to Spotify while exercising, so there’s a definitive skew. But maybe 2017 was the year that I finally got around to Poptimism in its truest sense. Like, “the only thing getting me through the day is this relentlessly chipper, breathless, sugary pop song” and I have to believe in something so it might as well be the fact that I can break the ceiling and dance on the roof (and maybe that’s not a metaphor, but just fucking literal).  Because everything else is so broken. And I’m broken. And as we’re all shattered and bruised and still trying to figure out just how fucked up we actually are maybe it’s okay to imagine that we can fight the Nazis and the racists and the entitled patriarchy and the evil oligarchs and the religious zealots and the casual rapists and bigots of all stripes with ridiculous, over-the-top dance, pink glitter, fake eyelash dance parties. Maybe now what we do is dance and cry and go like there is no tomorrow because the real work of fixing everything that’s wrong is going to be a lot more work and a lot less fun.

Someone–I’m sure it was a dude– told me that math rock is coming back.

Here’s 8 records(in no particular order) that I really liked. I may add more to this list as I think about it.

Mount Eerie–A Crow Looked at Me

Here’s your 2017 playlist, friends. It includes a few things (they’ll be pretty obvious) from other years that I’ve listened to a bunch this year as well.

PS: I have a good, solid feeling that Batfangs are going to put out one of my favorite records in 2018. Prepare yourself.

*FYI: my visceral, possibly irrational dislike of Taylor Swift only seems to grow with each passing day. I can’t seem to help it, but she’s not doing herself any favors.