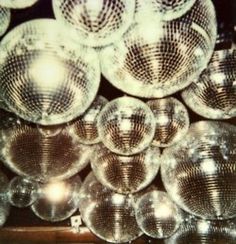 It was a bitterly cold December 31st–the kind of cold where breathing feels like swallowing knives–but I spent the day gleefully moving boxes and furniture into an exceedingly picturesque slum I’d just rented with my new roommate from Nevada. The process had been just shy of Sisyphean. Our  apartment was on the top floor, up three flights of narrow, steep “sign-this-waiver-to-say-you’re-cool-with-dying-in-a-fire-as-part-of-your-lease-agreement” wooden stairs that dated from a bygone era in which people were smaller or maybe just less litigious and more accustomed to misery. It took something like twelve people approximately eight hours to haul all of our stuff up the stairs. In between runs to the truck and various cars, friends would huddle by the clanking radiator, drinking lukewarm beer, likely wondering why I was going on about the glass front cabinet and the original crown molding when it was clear that the closed doors and windows failed to keep an arctic breeze from perpetually gusting through the living room. I was not quite twenty-five at the time, fresh off of a humiliating run of “moving back in with parents after failing at life”  which is to say I was drunk with newfound freedom. And I’ve always valued aesthetics over tiresome things like warmth, comfort  or structural integrity.

I’d been invited to a party at my friends’ parents’ house later that night. My friend himself had not volunteered to help with the moving, though he had (somewhat audaciously) sent his bandmates and his little sister in his stead. By the time I finally showered and dressed and headed out, it was maybe 10pm and I could barely walk, let alone down maneuver the stairs in my impractical party shoes (see above). I drove across town and sat in my car on the long end of my friend’s driveway, watching shadows of revelers silhouetted against the limestone gables of the house as ice crystals melted on my windshield. I smoked a cigarette and turned the car off and on, trying to talk myself into leaving and then into staying.

The party was well underway by the time I made up my mind to join it. I shivered through the porte-cochere and hobbled down another tricky staircase–this one stone and spiral–into a vast flagstone and woodpaneled rec room, where I found a lot of drunk people and an open bag of Doritos. I took the Doritos. My friend’s band was about to play, so I didn’t have time to make him feel bad for not helping me move. They’d been unable to set up amps in the rec room, because the rec room was perennially flooded and no one wanted to risk death for an abbreviated set of original pop punk songs. I joked that being so careful wasn’t very punk rock and I couldn’t tell if people thought I was being serious or if they just thought I wasn’t funny. Either way, I didn’t care. My fingers were Doritoed. My friend’s dog licked them while I waited for someone to jimmy open the powder room door with a butter knife.

Their performance was moved two flights upstairs to my friend’s brother’s rooms, which were themselves a converted servants’ quarters fitted  with lava lamp, various Jim Morrison posters and a mattress where I’d once spent the NYE previous sleeping off Gin and freezing to death while the old house moaned around me.  We all clustered uncomfortably in the narrow hallway and watched the band play about a half-dozen songs about the various kinds of people that annoyed my friend. I was extremely tired and my feet hurt. The band, except for my friend, also looked tired, because they’d help me move into my apartment. I felt guilty about that and sort of mad at my friend and also perplexed about why he was wearing a tweed jacket and an argyle sweater vest. Was he in costume? Was I supposed to be wearing a costume? I couldn’t remember.

After the band played, we clapped because no one wanted to be standing in the hallway anymore and we went back downstairs, where Dick Clark’s head was grotesquely distorted on the flood-damaged screen of an enormous television. I went outside to talk to my friend who was smoking a pipe in the miserable cold and half-bragging about how he’d shirked helping me move. I was too tired to get super-indignant about it, but I did think it was bullshit that he could find time to dress like Sherlock Holmes and smoke a pipe and sing a punk rock song about a refrigerator box but he couldn’t help me carry a single goddamn endtable up the stairs.

When midnight finally  came, I was sprawled across a pool table. I wasn’t drunk (I was too tired to drink) but the only way I could ameliorate the aches and pains of moving was to lie flat on my back. I ate Doritos from the bag and dangled my legs off the edge, enjoying the clatter of my fancy heels against the wood of the table. Periodically people would come by and talk to me. I kept failing to make a funny Kubrick joke, it being newly 2001 and all. A few times people even tried to laugh, probably because I lying on a pool table like a crazy person, covered in powdered cheese dust and glitter.