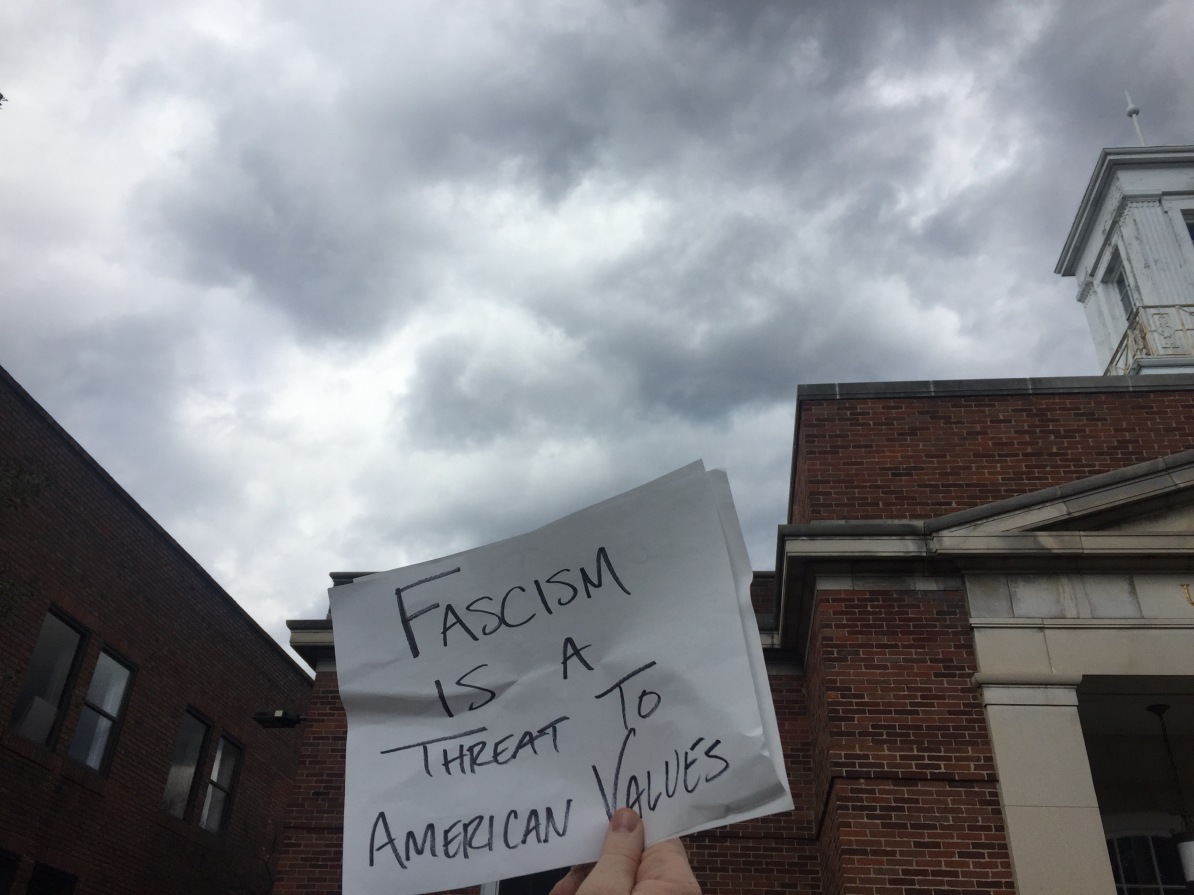 My Honorary Uncle Bob, an eccentric, retired advertising executive who’d taken a shine to me at one of my mother’s cocktail parties, sent me a lengthy history of the French Revolution  when I was at summer camp.  Bob’s intention, I think, was that I be well-prepared to celebrate the two-hundredth anniversary of Bastille Day.  I loved history, especially the history of revolution and grand cataclysm, the kinds of events that changed the world in a moment.  So I skipped out on waterskiing and knuckleball to read about Danton on the sun-warmed tarp of a beached catamaran on the continent side of Bogue Sound, insulated from the ceaseless offense of adolescence by two hundred years and about eight hundred dog-eared pages damp with saltwater.  I got so wrapped up in it, that I once got smacked by a boom and nearly went overboard during a sail through an unexpected squall. After he pulled me back to safety, the counselor on board told me I would never be much of a sailor if I couldn’t follow the wind and keep an eye out for gathering clouds. But clearly a storm was coming within the tempestuous ranks of the Committee of Public Safety? How could any of us, really hope to weather this choppy sea and  make it back to the dining hall for Shrimp Night if Desmoulins couldn’t weather the Revolutionary Tribunal?

As with any history, I was hung up on How Must It Have Been. It was thrilling and terrifying and incomprehensible to me–those moments when the world changed, the calm before the Storming of the Bastille, the dreamy, everyday afternoons before the assassination of Franz Ferdinand, before the Reichstag Fire, before the invasion of Poland, or further back to  first sight of  European sails from the shores of North America. Would I have been able to see it coming? Would I have recognized a pivotal moment when it arrived? Certainly looking at history from the birds-eye view of the future, once could follow a trail of  greed or ambition, of hatred and vengeance, of irresponsibility born or boredom and bravado. How could they let it happen? Was there just a willful suspension of disbelief up until the moment it was too late. I was a kid. I believed Things Could Be Known. I knew Evil Would Be Recognizable.  It seemed impossible for me believe that you could end up in a place without knowing  exactly how you got there.

Humans are great at insulating ourselves. We rarely acknowledge the precariousness of our position because by doing so we have to admit how very fragile it is at any moment. Each new variable changes an outcome. Sometimes we choose those variables. Sometimes via small calamities, great catastrophes, accidents of birth, systemic injustice and crashing torrents of history the variables  choose us. What I know now, what I did not yet know when I was thirteen years old boning up on Jacobins in my bunk bed, is that we’re always unsettled by change, let alone sea change. It doesn’t matter how worldly or witty or wise or well-read we are.  We’re always surprised when our seemingly stable status quo gives way and proves to be as flimsy and insecure as a blanket fort in a hurricane.  Even with all the books and all the history and all the signs we should have seen, all the signs we did see, we’re all still stunned and hurt, as we gasp for breath and hold on tight because the wind has already started and the rain will surely drench us all.

By the numbers, most of us don’t want to be here. Those that did will assure me that I am overreacting. That my prognostications of Bad Things Coming are the empty, paranoid, doomsday hyperbole of a liberal coastal elitist I mean, she said she read about the French Revolution at sailing camp, for Pete’s sake. How can she know what’s actually happening in Real America? And to them, as recently as a week ago, I would say I hope you’re right. And I would mean it, even if I didn’t believe it. Because I did hope Donald Trump would act like a president. I did hope he didn’t mean for us to take him at his word. I did hope that he would be no worse than any other politician of his party. I could abide four years or eight years of lower case history, quibbling over economic policy with a recalcitrant congress. I could survive the loss a few things I personally take for granted to keep from sacrificing the big things we the people cannot afford to lose.

But that was ten days ago. Before the forced deportations, the legal immigrants and refugees were banned from entering this country. Before the civil servants were gagged and the government offices purged. Before the cabinet of oligarchs, the promises of environmental desecration, the wanton removal of regulations, the dissolution of health care, the toxic campaign to discredit the press. Before the mass protests and the international outrage. Before taunting Iran and teasing war with China.  Before a mounting constitutional crisis made what’s happening look less like the inept cruelty of an overgrown, egomaniacal schoolyard bully and more like a pilot episode of coup d’état by small coterie of racist, sociopathic man-children who court societal collapse because they fetishize some mythical, historical epoch of racially pure, acutely concentrated patriarchal power.

On this, cold, clear sunny day in January, I’ve answered work emails. I’ve drunk coffee. I’ve fed the cat. I’ve changed the sheets. I’ve called two members of congress. I’ve followed up on the protests. On the advice of my camp counselor, I’m still check the horizon for gathering clouds, even though I  know storm is upon us. We’ve no choice now but to sail on, into the roiling heart, without knowing how big it is, or how much damage we’ll sustain until we come out the other side.  We’ve been headed that way for a while. And  maybe if I’d kept track of the winds–I’ve read the books. I should have seen it coming–I would have been more prepared. I wouldn’t feel such bewilderment, such inchoate anguish at how things have turned out. I wouldn’t have knocked overboard by a boom gone rogue in the first real gust of wind.

At least I can stop wondering what it must have been like, to have lived through the  Upper Case History of times like these.  I can stop asking those questions. What would it have felt like? Scary, infuriating and often overwhelming. What would I have done?  Resist.  How would we have gotten through it? With love. With compassion. With stubborn, furious, joyous defiance. With the hope that together we will win. With the  conviction that we must.