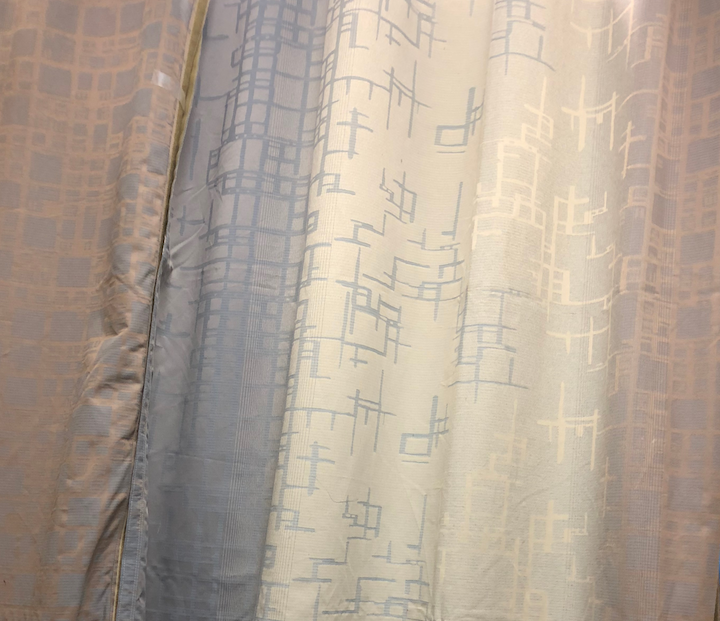 At the lowest ebb of my early twenties, when I was wallowing, in danger of running irrevocably off the rails because I was not sure where I was going, what I was going to do when I got there, I went through an extended phase of reading novels about Mexico City. I liked the vast, thrilling, convoluted, messy stories about what seemed to be a vast, thrilling, convoluted, messy city, light years from the ugly, boring new south purgatory to which I’d sort of accidentally exiled myself. I was too miserable to sleep much in those days, but when I did I’d dream about smoggy thoroughfares and art nouveau artist-crammed warrens and Aztec ruins and street tacos and  Diego Rivera murals think, lord, if I’m going to be an exile, I might as well do it properly. I thought, I should really work on my Spanish.

In my early forties, still wallowing, but now  in danger of clinging too narrowly to the rails because I know what I’m doing and where I’m going but no longer sure why, my best friend called and asked if I wanted to go with her to Mexico City, and get lost in that vast, thrilling, convoluted messy city with her tall Australian friend, who lives there.  And I was like finally and I bought a plane ticket.  I worked on my Spanish. I didn’t, on the advice of my mother, tell my grandmother. Because, she will definitely think you’ll be kidnapped by a cartel and forced to write communist poems high up in the mountains while eating well-intentioned, but mediocre tamales.  I thought that sounded pretty nice, actually. Not unlike my day job of working in advertising in Western North Carolina.

And I told myself the stomach pains I was having in the weeks leading up were stress-based indigestion, incidental travel worries. That I was worried about being worried about having digestive problems from eating street food in Mexico City. I bought two boxes of Pepto-Bismal. I drank week tea. I ignored the doubled-over middle of the night cramps.

Thirty-six hours prior to departure, I dreamed I was back in the ugly, new south sprawl city of my early twenties, trapped inside an shop full of vintage dresses, while outside the world was on fire. I was speared by the hand of a manicure and woke up in excruciating pain. I thought, that manicure sure has sharp fingers. I took a deep breath and thought, surely I am imagining this pain. I thought, surely this will pass. It did not. I dressed in the dark. I drove to the emergency room. It was 2:30 am.

The waiting room was deceptively dead. A triage nurse that looked and sounded weirdly like Wesley Snipes took my vitals. I sat on uncomfortable chairs between a drunk man, who seemed to just be hanging out there and joking with the nurses like a barroom regular and two college students who were reporting a fake concussion because a cat scan will totally get you out of a Bio exam tomorrow. I’d picked up a book off the night stand, a literary novel about terrorists. It didn’t really distract me from a stomach roiling with increased anxiety about what it meant for my Mexico trip if an alien burst out of my belly.

At five-thirty, a nurse came and wheeled me back through an emergency room crammed triple-parked beds. It felt like a war zone. The nurse said, Full Moon. I, overtired, still in pain, distracted, thought, they’re all werewolves? My curtained bay was between a woman that couldn’t stop throwing up and an elderly man that sounded like he was speaking from beyond the grave. The woman spoke Spanish between retching. I thought, deliriously, this will be good practice for Mexico. The man spoke a language no one could understand. They brought in every nurse they had to try out every language on file. At long last, before they got to Klingon or Elvish, the patient on the other side of him—another older woman—was like, He’s speaking Czech, you idiots.

Doctors wheeled in an ultrasound. Results were inconclusive. Probably nothing, I thought. I hope I get out of here soon so I can catch up on sleep before I leave tomorrow. They thought I should get another, bigger ultrasound, so I was wheeled away again. I texted my Mom on the way back to the ER. I said, Don’t freak out but I’m in the hospital. It’s probably nothing. I’m still planning to go to Mexico tomorrow. I’ll probably be home in an hour. I got back to my bay. The vomiting lady had been moved, replaced by an older man who snored loudly and occasionally called out Joy To the World! in his sleep.

The nurse brought me a cup of water and then immediately took it away. She said, you’re probably going to have surgery today. I said, don’t be ridiculous, I have to go to Mexico tomorrow to see art and eat street tacos and see Diego Rivera murals and hopefully sort out this midlife crisis. And I’ve always been the kind of person to make fun of people having a midlife crisis. How embarrassing.

The surgical team rolled up. They were all gorgeous and young, with great hair. They told me I was going to have my gall bladder removed, immediately, as soon as they could clear an OR. We’re busy today. Full Moon. And I was like, I’m not a werewolf. And I am I going to Mexico tomorrow. They apologized for not being able to give me any pain killers, but they gave me a surgical gown. It was Carolina blue and had kind of an Aztec print. I called my best friend, then. I told her the situation. I said, I’m still going. I don’t care I’m still going. The tall Australian sent me a note saying he was sorry to hear I wasn’t coming to Mexico. I started crying. That lasted for about six hours. At some point, I think the Czech man tried to insult me or comfort me, but everything he said sounded like gravel falling off the edge of the world. It could have been a curse. I felt cursed.

By the time my mother arrived, it was early afternoon. I was furious and spent. She wondered if I was afraid of surgery, of going all the way under. I said, at least being all the way under means I don’t have to think any more. The anastesiologist came and gave me a “you probably won’t die, but  you might” speech and I joked about how I should have written down my passwords. As he wheeled me away, I was like, no, seriously, I think I wrote down some of my passwords, they’re in my desk, ask my friend, she’s a lawyer, but not really my lawyer. And then I was out. I woke up in excruciating pain, like that mannequin with the sharp fingers had conspired with the alien to engineer a subway system through my abdomen. They gave me Fentanyl. I thought, party drug of the apocalypse. Fields, out.

I recovered quickly. Everybody acted friendly and solicitous, offered to do things, sent flowers, gave me the whole aren’t you glad this didn’t happen to you in Mexico?  Sure. I guess. But I’m sad I missed my trip. I’m super sad I lost the chance to use a trip as an excuse to not deal with this perpetual state of indecision and insecurity and the specter of regret, both past and possibly forthcoming, that seems to me to be condition of being an adult human being, now one organ down, in a vast, thrilling, convoluted,  messy world.

I’m still having a bit of a midlife crisis.  I don’t think I can fix it with a sportscar or an affair or a yoga. I won’t do anything rash. I like my life. And so I’ll probably do the smart thing and stay the course I’m on, because it’s a good and reasonable one. But, as I recover, as my interior parts stitch back together, I’m allowing myself the luxury of being unreasonable, as I imagine slipping away, losing myself in an unknown city I know only from novels. Maybe I’ll buy a new suitcase. Definitely I’ll keep working on my Spanish. Then, maybe Hindi. Maybe Czech.