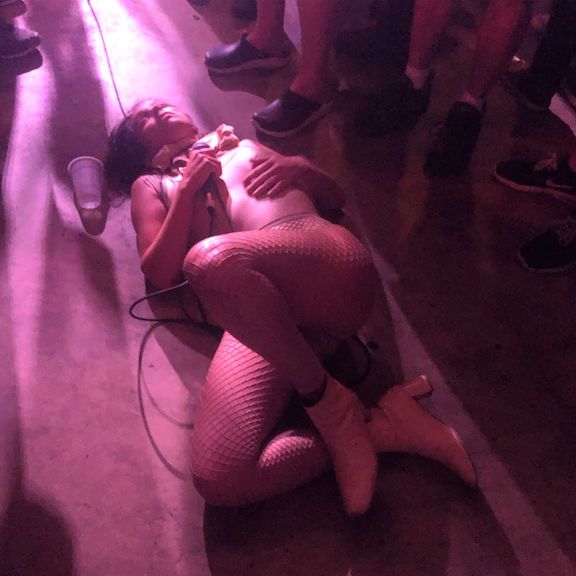 I’m talking about the other kinds of models—the ones with numbers and graphs, the kind published by shadowy research institutes that sound exactly like where the villain works in a sci-fi movie. Those models? I hate them. God help me if I make it through this thing, I will never look at another model for the rest of my life. And I will spend the rest of my days nostalgic for the days when I could still make a joke about “flattening the curve” being an obscure euphemism for wearing Spanx.

I never liked math because it frustrated me there was only one end to every story. Why was 2+2 always 4. Wasn’t there a way you could tell it so 2+2 was “63 “or maybe “glamorous hat” or “grand romance spanning continents and generations” or “small, difficult turtle named Irving”?

I’ve never been overfond of numbers either. Some of the shapes are nice, but I’ve found they tend to be connected to things I’d rather not think about —money, weight, age, et al. And now they’re always about the worst things in the world—sickness, unemployment, shortage, death. I suppose I should be thankful it’s just numbers on a screen, constantly upticking, because I know I’m not emotionally equipped to deal with the nightmare of what those numbers really represent.

I had two rounds of friend drinks tonight. Our brave new world means I no longer have to worry about driving home or staying out too late, so I could drink at both. The only good thing about this horror show is that I’ve had the rare chance to hang out with people I haven’t seen in months, in years. Everybody can make time.

We all seem equally hungry for human contact, even the people that swear they hate talking on the phone. Whenever we’re done with this, I hope that part doesn’t go away. Our connections to the people in our lives are precious, maybe the most precious things we have. I’m not likely to forget that, nor will I ever again take for granted all the casual intimacies we’re currently denied. A friend today worried that they would never come back—what if no hugs, no housecalls, no touching is just the way the world will be indefinitely? Now I’m trying not to worry about that too. I have to believe they will. It’s honestly one of the things that’s keeping me going through this.

Friday nights are weird in this economy. I’m naturally a touch claustrophobic, so it’s weird that I’m sitting here fantasizing about being in the middle of a crowd—at crowded bar, on a dance floor, at a show– but honestly nothing sounds sweeter, nothing would feel more normal, and nothing sounds more perfectly impossible.

Picture today is one I took last summer at Merge 30 at Cat’s Cradle. That’s Sabrina from A Giant Dog (they’re the best, ps). Of the myriad things wrong with the world right now, I cannot tell you how deeply, profoundly unsettling it is to me that I can’t just up and go see a band play. Honestly, that shit is way more apocalyptic than the lack of paper products in the supermarket, right?