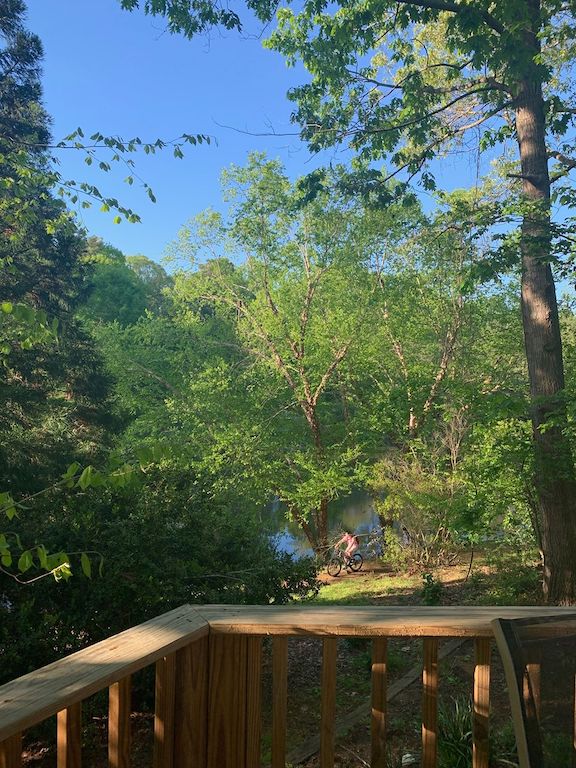 I don’t know what is about Monday mornings, but it feels like, since the arrival of The Pestilence, the newspapers have just let ‘er rip with the worst of the worst. It’s like they held the truly awful until after the weekend’s passed. Perhaps out of some general nod to day of rest. Perhaps because they figure some nice old people—maybe their own parents—are more likely to take a gander at the headlines on a Sunday morning. Perhaps because they’d like to remind us that, even though we’re not actually going to the office anymore, it is the beginning of the work week, and hence only appropriate that we rise hating ourselves, our world, our lot in life and wondering why we keep trying if nothing means anything. You know, typical Monday stuff—now with bonus apocalypse!

As I think I’ve mentioned before, the worst offender here is the NYT Opinions page, which on any given Monday reads like a Nihilist Variety Show co-hosted by the cast of a terrible community theatre production of “No Exit” and Ghost of Christmas Yet To Come. I have no idea why I still look at it, because after the front page, it’s kind of like squeezing an entire sack of salted lemons into an infected would—am I a glutton for punishment? do I genuinely expect anyone to share single hopeful thought or positive development? (don’t know, can’t say).

And this morning was, of course, absolutely par for the course. I’ll spare you the details because even the Four Horsemen called and were like, “Overkill much?” but I can tell you that the real piece de resistance was a piece was a piece seeking to (not even try to) answer the question “When Will Things Be Normal Again” by simply listing out the vast amount of things we don’t know about the virus, the world, the economy and the human condition by simply listing them as statements, in bleakest terms possible.

So in response, I would like offer you a list of things we do not know, because I’m pretty sure that guy left out some critical components . You don’t have to read the original (in fact, I’d pretty much advise against it), but know that I’ll try to leave you in the same state heady ignorance as the original, but with maybe a smidge less existential despair:

We don’t know whether spontaneously remembering the words to cruise line jingles from the 1980s and then getting said jingles stuck in your head is just a coincidence or that your subconscious has a sick sense of humor.

We don’t know exactly how much more pollen you can inhale on your repeated trips out to the porch because #quarantine and whether that much pollen will eventually cause you to mutate into some kind of weird yellow-tinged superhero who maybe helps bees but sneezes a lot and that makes everyone uncomfortable even though sneezing isn’t really a symptom of this thing, right?

We don’t know why people we like and respect are actually falling for this 5G nonsense. We don’t know whether your friend/coworker on Zoom has had Botox. Like kind of recently, in the last six months, had Botox. We do know it’s probably impolite to ask, but seriously . . . you noticed that too, right?

We don’t know why that “Improve My Appearance” button on Zoom only seems to work for people who are already hot.

We don’t know whether it’s technically okay to be eating nachos for dinner more than one night a week as an adult human. We don’t know how we’ve already finished that whole bottle of gin (we do, actually, but we’re not admitting to it).

We don’t know if this will actually make me want to date again or if I’m just currently thinking about it because bored and still over-fixated on dying from choking on an olive because single.

We don’t know why my cat spent a whole two hours last night inexplicably camped out in the powder room cabinet.

We don’t know whether the pandemic will lessen the chances of a low-rise jeans comeback, but a girl can hope.

We don’t know exactly what our neighbors are doing, but we have to assume, every now and then, it’s something cool.

We don’t know when this will be over or how it will go, and maybe it will stretch for years and get horribly worse and all the catastrophists will be right, but even if—especially if—they are, I think my future self would want my current self to chill out and drink that gin and eat those nachos and spend too much time on the porch. After all . . .

We don’t know what happens tomorrow. Could be terrifying. Could be that I finally get around to making that caramel cake.

Picture today is of a couple of neighbors (we don’t know where’ they’re headed) taken from porch quarantine in the wake of some truly crazy storms.