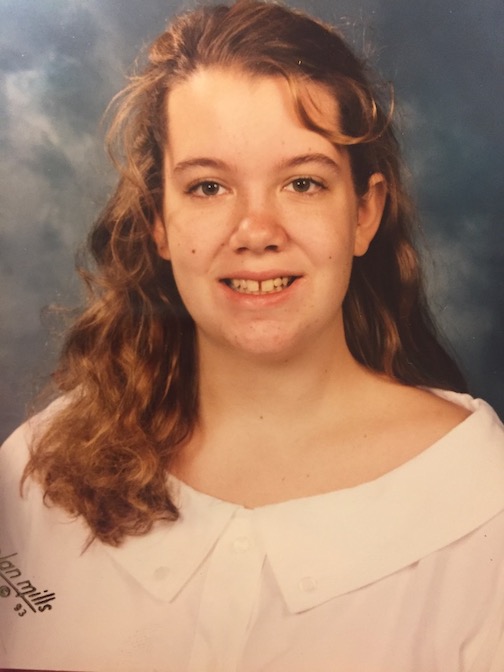 Some people are extremely good at being grown-ups. They save money. They know how to fix things. They know what all the buttons do on their appliances. They can grow things and raise things and build things. They can iron. They can operate Saran Wrap without wasting a whole roll or nearly amputating a finger. At sign of a crisis, they seem to know exactly what to do.

I am not one of those people. In fact, as I enter the “is this Covid or peri-menopause” era of my life, I am forced to accept that I am not just incompetent, but perhaps pathologically bad at, what the kids calls “adulting.” Sure, I can fake it. I’ve been playing dress up since I was five. Many of my best childhood friends were old ladies. My youthful theatre career mostly consisted of me playing wacky middle-aged/elderly women with funny accents, because I was never cute enough to make a credible lead. As a result, I can do “wistful flashback” or lament a misspent youth or prattle on endlessly about the aches and pains of advancing age with the best of them. I can arrange flowers and put cheese out for a cocktail party. I even live in a place that looks like where a grown-up might live.

But I’d put my relative emotional/life skills at approximately age seventeen. Though honestly I think I was more enterprising (and certainly had more bravado) at age seventeen. Have I regressed then? Maybe. Let’s say sixteen, then, sixteen going on seventeen.

Last Wednesday I went to get a Covid test because they were available for one day for asymptomatic people, and I am both a good citizen and a guilt-plagued (sorry) hypochondriac. Drive up testing was to occur in the parking lot of a local high school. I signed up online and sat through a virtual visit with a distracted looking PA. I arrived at the testing site about fifteen minutes before start in what was already a mass of traffic. About forty-five minutes in, I realized I had just less than a quarter of a tank of gas and was stuck in a the center of three endless lines of cars on a sunny July day with 107F heat index and air conditioner at full tilt. About five minutes later my gaslight flickered, and I determined to open the windows, mask up and sit inside without air for as long as possible to preserve what I had left, because I could see no way for anyone to get to me.

An hour and a half later, I started to feel dizzy so I flirted with giving up the ghost for a few moments before I flagged down a census volunteer who was distributing Census-branded swag bags for the several hundred cars lined up for an interminable test. She in turn flagged down a Health Department worker who found a fireman who found a cop who went somewhere to find a gas can. Another hour later, twelve cars from nasal swab, my car shuddered off and a fireman showed up to pour gas into my tank, just as the cars behind me started agitate for me to move. I got swabbed. I went home. I ate a takeout burrito, drank a beer and some water and went to bed.

Overnight, I started to feel terrible, vacillating between drenching sweats and wracking chills. I woke up exhausted, with a pounding headache, fatigue and dizziness. I called my mother because I am a child, and sniffled out “I’m dying of Covid or maybe I have cancer.” She encouraged me to call the doctor, which I did and learned that my GP had basically disappeared.

“He’s not here anymore,” they told me.

“He’s still around, but you can’t see him,” they said.

“He is here sometimes, but you can’t see him or talk to him. You’ll have to see a resident, but you also need to find a new doctor.”

I told the resident, who looked and sounded like an actual child, but seemed more confident in his adult style pronouncements than I ever have, about all of my symptoms. He mulled them over and said it sounded like I was on the mend.

I said, “I just told you that I had like seventeen things wrong with me.”

And he said, “And you’re feeling better” as if he could make it so.

At five, weeping about how ill-prepared I was to die on a ventilator, I went downstairs to try and settle my stomach with canned chicken soup, which I ate and promptly felt almost entirely cured better. Later, when I told my ex-roommate, she was like, “Dude, you obviously had heat exhaustion. You needed salt.”

And I was like, Oh. Right. Because that is a thing that I should have obviously known. Adults know about heat exhaustion. Just like they know about filling their tank up with gas and finding doctors in a hurry.

My friends are sending children to college and renovating homes themselves and I’m still wondering if anyone will make me a mixtape and invite me to sit with the cool people at lunch. I still don’t know what I want to be when I grow up. Or I do, rather, I do know what I want to do (write), but I’m still naïve enough to believe that someone might pay me to do that, even though I have no idea how to go about asking anyone. I own a house that I often feel incapable of managing. Things break. Shit happens. I stare at it in mute horror and if I can’t Google an answer I find myself mired like, How in the world do I fix this?

“You have to hire someone,” says whatever long-suffering friend/family member receives my flustered call.

And I’m like “Who? How? Won’t I be bothering them? Don’t they have more important things to do?”

Then there’s a long sigh, sometimes accompanied by “For real, though, how have you survived this long?”

It’s a good question. Dint of luck? The kindness of strangers? White Privilege? I’m aware that mine is a shaky foundation on which to build a real life. I’m some coming up on seven months of being a homeowner and the house still feels like I’m pulling one over. Like, at some point somebody will figure out that I don’t belong here and I’ll shuffle back off to a rental where half the windows won’t open and none of the doors close all the way. Better make the most of it while I can, right?

In college, my dad once opined that I was probably fated to end up living under an overpass. He was half-joking when he said it, in that dry, David Letterman-ish sort of way of his. It’s haunted me ever since, though. That fateful paternal pronouncement. The specificity of it: not just a bridge—a bridge is kind of folksy —but an overpass. My rational brain knows that while there are many things we cannot control, fate is mostly bullshit, and you can try to operate in the world like free will exists, pay your bills on time and and make the sort adult choices that will, at least, keep the overpass at bay for as long as possible.

Those choices are the ones I think I’m the worst at. I don’t follow up on opportunity. I don’t learn new skills. I haven’t spent quarantine doing productive things– baking bread, making blankets and sweaters, planting and harvesting vegetables, or figuring out how to deal with the rotting railroad ties that are in danger of disintegrating and sending my back yard sliding into the pond. I’ve ordered a lot of takeout. I’ve survived off a lot of meals that could be generously described as hors d’oeurves. I’ve worn formal wear to water the entirely decorative potted plants on the deck I spent way too much money decorating. I’ve spilled a bunch of (virtual) ink on just how ill-prepared I am to handle any crisis I can’t read, write and/or entertain my way out of. Everything is unsettled just now, unsettled in a massive, bewildering way, which I can feel rumbling through the floorboards of my metaphorical shaky foundations. And I wonder if I possess even half any of the necessary tools to hold it together. Even I make it through this relatively unscathed, how long until we go careening toward the next iceberg? Is there any guarantee that I’ll be any better at this being a grown-up shit by then?

I did stock up on Gatorade for the next time I get heat exhaustion, though. I made sure to fill up the tank at the gas station. I called someone to haul away the dead tree in the yard and fix my broken stove. And I got my Covid results back today: negative. Which maybe means I’m not dying yet. Which maybe means I have a little more time to try and figure out how to grow up.

Picture today is me at actual sixteen going on seventeen, but don’t get any ideas, Rolf. When fellas I meet tell me I’m sweet, I tend to believe they are trying to con me.