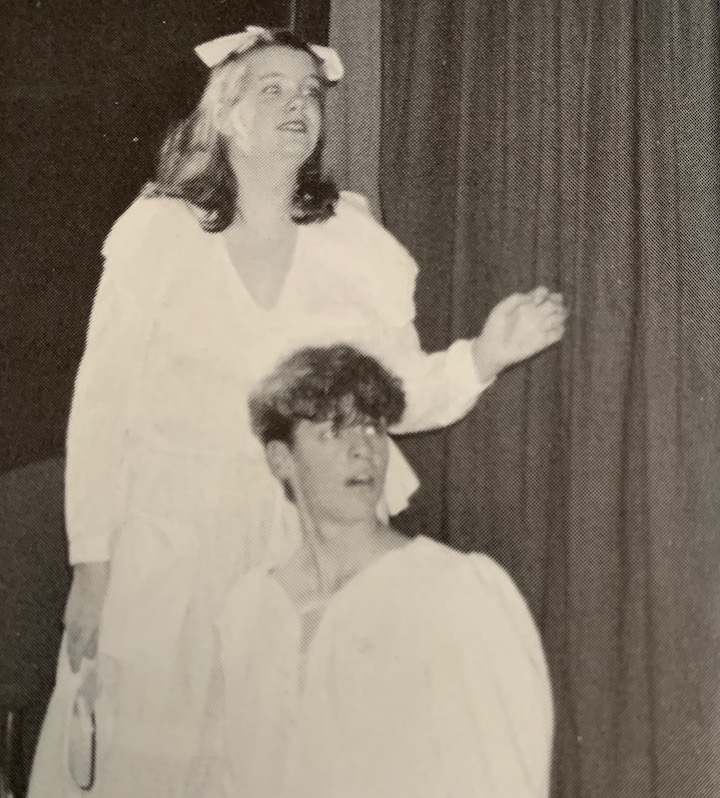 Recently I’ve been thinking about Richard the III, the play, not the historical character. Not so much for the political allegory (among other things our current, still-hopefully outgoing, overtly criminal tyrant-in-chief not only lacks the wit but the demented charm of the only great historical egomaniac/Shakespearean villain to have  turned up buried under a Social Services parking lot, though I still holding out for more). Also I can’t imagine Donald Trump offering his kingdom for a horse, because I can’t imagine Donald Trump  trying to get on a horse (okay, fine, I can, and it’s hilarious).

Specifically I’ve been thinking about the winter of our discontent, because I’m pretty sure that’s right now, or, if you’re a nerd about seasons, coming for you on December 22. That’s three days before what is almost certainly going to be a perfect Christmas in Hell, with a bewildering range of torments, running from loneliness, isolation and the kind of trivial dread that comes with privilege, loneliness, isolation and streaming services to the actual nightmare of people you love dying in overwhelmed hospital wards and people going hungry and homeless because they’re still unemployed and the stimulus money has run out to, I dunno, has the combination of Biden victory and epically high Covid numbers among Trump supports put the kibosh on Violent Coup and Civil War double-header US Tour in 2020?  Because I’m a feeling way more confident about things not going that way then I did three weeks but I still feel like I need someone to loosen the laces and fetch the smelling salts whenever the NYT alert comes through on my phone.

I memorized Richard’s opening monologue when I was a teenager, because I was the kind of teenager that was into Shakespeare in a way that made anyone with the slightest tinge of cool about them distinctly uncomfortable. My notion was to learn as many soliloquies as possible to show off my range as an actor, an idea handily abetted by my high school’s requirement that each year, every student, stand up in front of class and recite a soliloquy in a school wide competition. I never won, because I was neither as good of an actor as I thought nor as beset by conveniently timed real life drama[1] as the actual winners typically were. But winning a school competition wasn’t my goal. No, nothing so small. My goal was to pull a Sarah Bernhardt, play all the big parts, no matter the written gender, honestly because so many of the good ones were written for dudes –I mean, why limit yourself, right?

Suffice to say, this did not pan out. It took about a semester of college to realize that I wasn’t really cut to be an actor. For one thing I didn’t have leading lady looks (I spent my entire, brief theatrical career playing eccentric old ladies with wacky accents, eccentric  servants with wacky accents, eccentric  civil servants with wacky accents, eccentric animals with wacky accents,  eccentric old men with wacky accents, and, once, a Shakespearean eccentric, fat shepherdess, no accent but pink gingham ruffled bloomers) or the will/income/lifestyle to change them. More importantly,  I lacked the talent and massive amounts of determination and chutzpah in the face of relentless and devastating rejection to continue on that track. I mean, there were millions more talented actors than I even vying for the eccentric old lady with a wacky accent role. Also, I wanted to go to shows instead of rehearsals and shave off half my hair and dye it pink without having to ask a director’s permission and honestly, how on earth was I supposed to be able to memorize lines when there were so many band names and record labels I needed to know about? I’d missed out on a lot of quality 7”s when I was declaiming from the back deck of my mother’s house at age fifteen as a gender-swapped Henry V.  In any case, I suppose NOT becoming a Shakespearean actor was, by any standard, a much more practical career track (and I say that as someone who writes for a living and spent nearly fourteen years working in a record store), especially right now, eight months after the plague closed the theatres and (at best) probably 12-18 before they safely open again.

And thus here we are at November 2020. Time doesn’t work anymore. So you know several eras of geologic time have passed since March, but I can’t believe it’s been almost nine months since I, like, went to Target. Sometimes I wonder how much more I can isolate, how much less I can do, so as not to add another chore for a contract tracer or a gasping, desperate body for a hospital bed. Things will get better, but almost certainly not before they get much, much worse, and that makes even thinking about the positives fraught with worry.

Grief flickers on the edge of all  days. I find one of my grandmother’s lighters in a box of objects that came from her house. I think about Thanksgiving, and how not Thanksgiving it will be. I watch a video of a jazz trio in Central Park and miss New York with almost breathless intensity (it’s been at least a decade since there was such a gap between visits). I miss travel, generally, even more. And holy fuck, I’ve said it before, but the spontanaeity. The ability to just pick up and go and explore, for friends to just drop by. It is the surprises that make life worth living and the happy ones are in short supply the days.

On the plus, I don’t wonder so much anymore about whether I can survive the boredom and isolation of this dark and brutal season. I’m pretty sure I can. Or at least I can so long as I have heat and power and books and pens and paper and internet( and probably more cheese, gin and records than are strictly advisable). I can so long as I can still walk out into the sunlight even on days when it’s chilly. As long as I see the faces of the people I love, even though I can’t touch them.  As long as I can smile at people when I pass them on the trail or on the sidewalk, even though I’m wearing a mask, even if they almost certainly can’t tell or don’t care.  As long as I can stand in the shower, doing Shakespeare for a tile audience Sometimes the falling water sounds like the murmur as a crowd in the last nervous moments as the house goes dark before you step out and find your light.

Now is the winter of our discontent

Picture is of yours truly as aforementioned eccentric fat shepherdess, Phebe (As You Like It, III.v), circa 1993.

[1]  To wit: senior year, a popular, overachieving jock and  presumed Olympic hopeful  had an unexpected injury and was denied trials, so he shaved his head, turned pale, sad, slightly morbid, and inclined toward black clothes for a season or so, and won the competition (and the lusty appreciation of the black fingernail cohort) doing what my best friend still disparagingly (if accurately) refers to as “That Whole Grunge Hamlet Thing.”